A few posts back I mentioned I had a project that was secret. Well now it is ready to be blogged about.

A few weeks ago, Rebecca – who I work with – brought in a Professional Tote Bag that she had made. It was very sad looking as it had lost a fight with a bottle of bleach and she asked if anyone wanted to salvage parts, etc before she threw it away. I took it home with me, planning on surprising her by replacing the panels that were damaged. I bought some of the black fabric online (and then discovered there was a half metre inside a zipped compartment) and I already had the grey floral from a sale on at a local fabric shop so I knew I could do it. The fabrics are Downton Abbey ones from a couple of years ago. 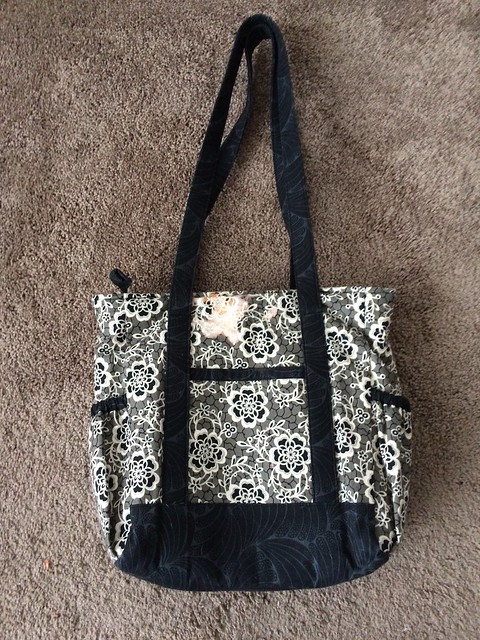 side 1 – I had already touched up the handles at this point, I didn’t think to take a photo until after 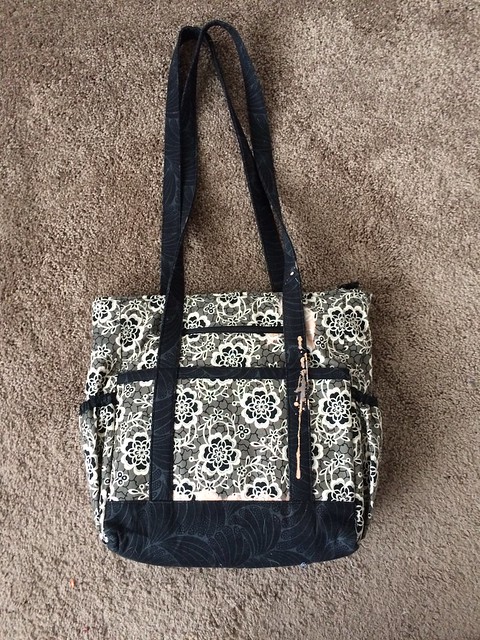 Then it just sat for a while, during the time I was writing and getting book projects sewn up. I am leaving my job at the fabric shop at the end of this week, and so my deadline of today was set as it will be the last day we work together.

I started a couple of days ago and kept as much of her original fabric and stitching as possible. One handle was completely savable after colouring in the spots with a black Fabrico marker. I also used it on the odd pocket spot on the black fabric, such as on the inside. 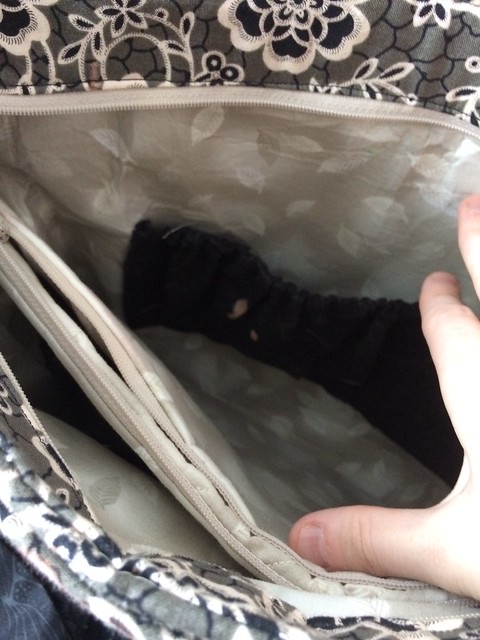 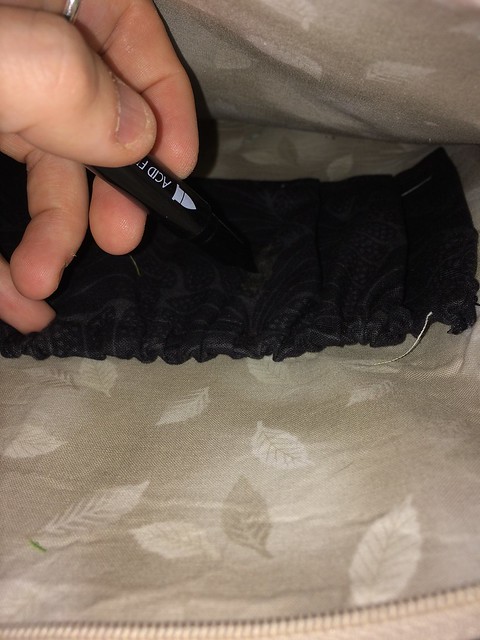 The whole lining was fine as were the side panels, so I dismantled what I needed to replace the front and back, plus the zipped pocket on the second side of the bag. 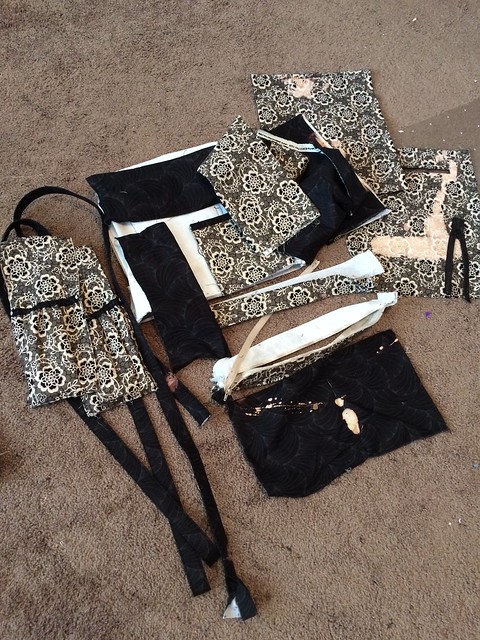 I then made templates (as I don’t have the pattern) from the existing panels and fused Craft Fuse interfacing to them. It’s not an interfacing I particularly want to use again as it was hard work to get it to stick, but I wanted it to match the existing stuff.

It’s not exactly the same as the original. I struggled a little bit trying to figure out how the zip placket thing attached to the exterior and lining. You don’t turn the bag right side out through the lining it seems! I got somewhere close though and only broke one needle, so I’m pretty pleased! 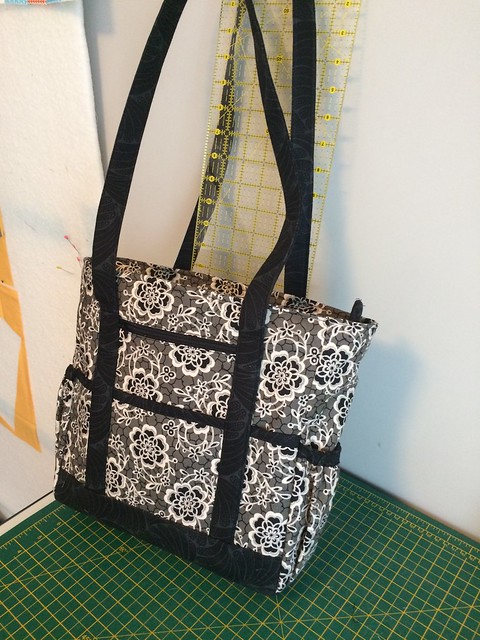 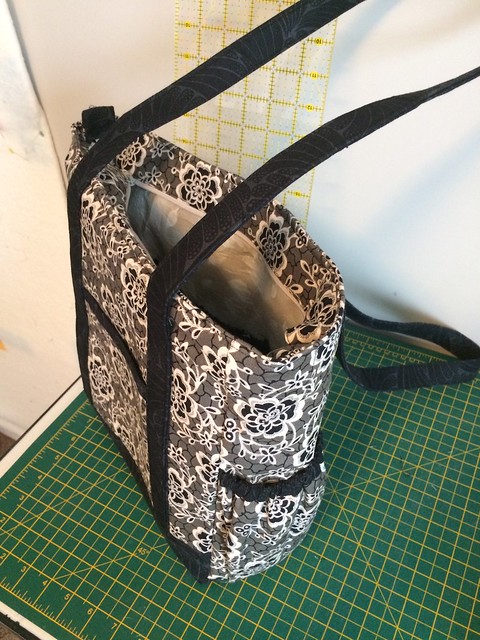 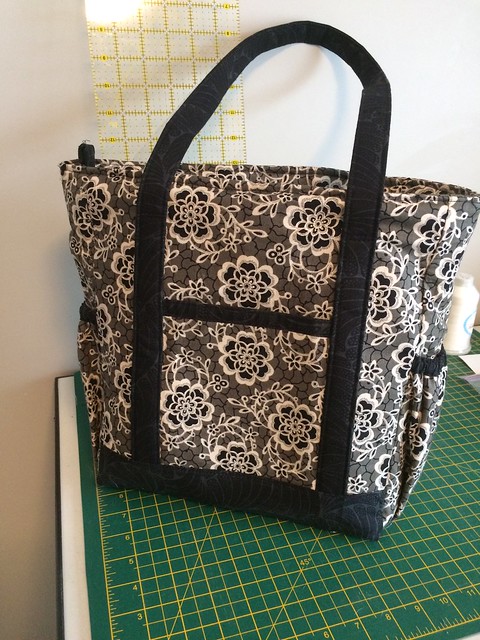