HomeUncategorizedBodge it (and Badger)
TUTORIAL: Simple tablet case (for Hudl2 and others) A Finish: Hadley Doughnuts

Bodge it (and Badger)

I mentioned before that I made these City Gym Shorts (free pattern) shorts but hadn’t shown you them. 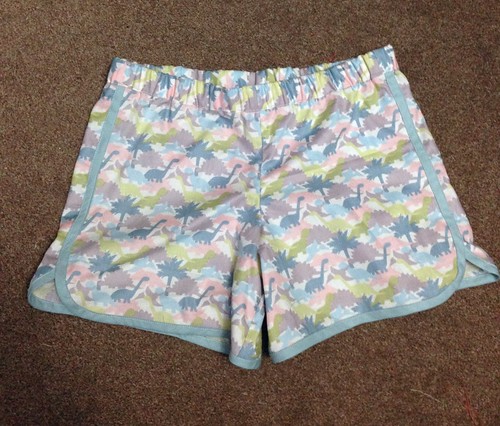 They’re perfectly wearable (ignoring the seam in the crotch from when I ended up with upside down dinosaurs and no spare fabric), if only I hadn’t made them so small in the waist! 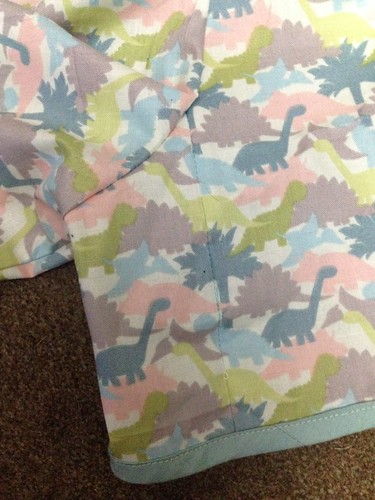 This seam shouldn’t be here, there isn’t one at the other side…

I’m not quite sure how I got it so wrong. I thought I made the correct size after measuring my hips, lengthening them by 1 1/2″, and didn’t overlap the sides too much, just possibly a tiny bit more than I was supposed to.

Time to fix this.

When I unpicked the side seams I figured I could do with some extra fabric there, so I created a panel for each side 2 1/2″ wide and top stitched that in. Then I chopped the existing waistband fabric nearly in half lengthwise and added a few more inches to the end. Instead of feeding the elastic into the waistband, I followed Lladybird’s tutorial. 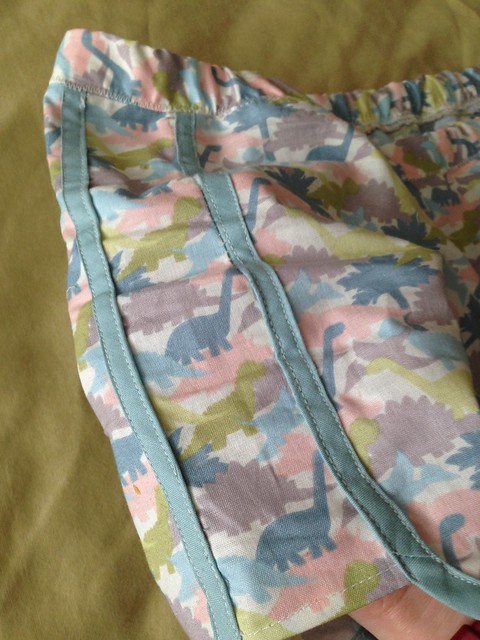 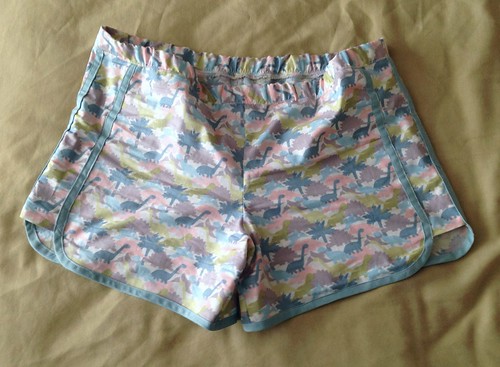 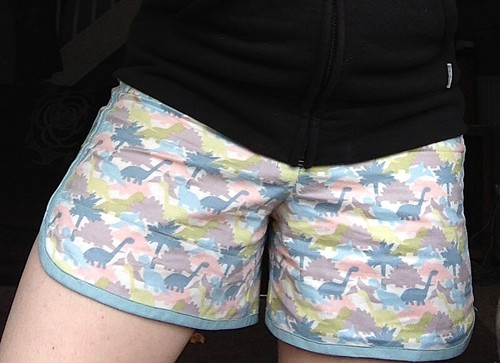 I would definitely make these shorts again despite the heartache these ones caused as they’re reasonably quick to do but I would a) double check the sizing and definitely use a bigger size in future and, b) Check the direction I folded the pattern before cutting out the pieces and most importantly, c) Use shop bought bias binding, those edges as nice and matchy as they are took me HOURS! Lengthening the pattern was definitely a good idea too else these would be slightly hot pant-y.

Fabric is from Jurassic Coast by Lewis and Irene.

Still procrastinating the Lizzy House Dinosaur shirt (no I don’t know what my dinosaur obsession is about either)! Pattern pieces are cut out, fabric is washed and ironed and buttons are selected so I really should just get on with it!

Badger! I almost forgot I promised you a badger…

Hank had this for literally a day before badger lost his head fluff, squeak and facial features. The ear was gone in minutes. Poor badger. He replaces fox (RIP) who went to his dustbin grave with no feet, head or tail, just a smelly empty body tube…