The story of the Boo

Every time I hear The Story of The Blues by Wah! I have to sing The story of the boo along with it. Boo is one of the original nicknames for Fletcher (as in Fletchyboo obviously). 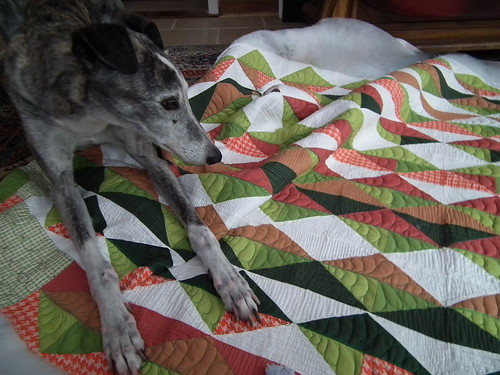 He went to the vets yesterday. He ran to the car wagging his tail thinking he was going somewhere exciting and jumped the leap into the boot, so eager that OH forgot his lead and I had to drive it up to them, making me a bit late for my car share.

Shortly after 9, OH was told that the dark wee sample was actually a substantial amount of blood and he needed to have some more tests (which totalled £250 I might add, i.e. almost all my holiday money), but sometimes kidneys just bleed for no reason or it could be kidney stones, or a UTI, something like that. 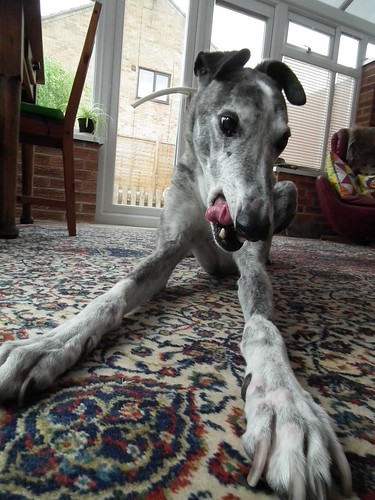 OH was supposed to be at work at 2 so he rang in and said he was going to be late, subsequently as a result he ended up taking the whole day as leave and today too. The vets didn’t ring him til around 4 and I was in a meeting at work. We found out he has a tumour on his kidney, which is operable for an obcene amount of money (read £600-800, but this may include the £250 already paid possibly), but will involve taking the kidney out totally. They did a cardiac ultrasound so they know he can live a happy life with one kidney but…

If they operate he might not survive the operation. If they operate successfully, that doesn’t mean that he won’t need another operation a month or so later if they find it has spread somewhere else, such as his bladder or pancreas. It’s a lottery. I think if it was clear cut, we’d probably spend the money like crazy people, despite always saying there is an unspoken cut off point in which case we just make our pets comfortable. OH was tempted there and then to say do it, but I would have been unconsolable if my dog had run out of the house happy and excited (and not saying bye to me) to die in an unexpected operation later that same day. 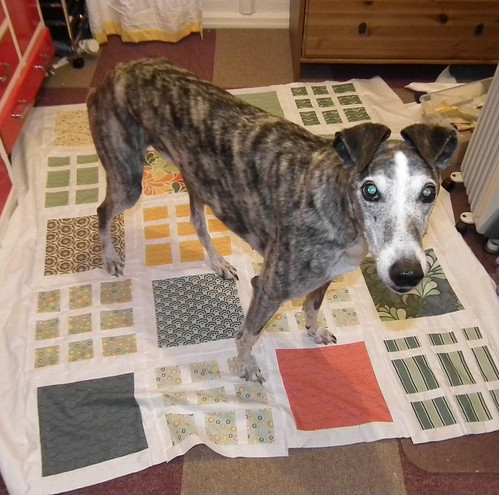 If we leave it and it’s malignant, he’s got anywhere from 5 weeks to live. Crazy since he’s not actually acting at all ill. We were chasing squirrels at 30 mph on Sunday. If it’s benign he will probably go on for another 5 years! They’ll only know either way if they operate.

I came home and OH was sat on the floor in tears, wanting Fletcher to come to him for a cuddle and Fletcher was refusing. My dog greeted me at the door as if to say, “This one is being wet and it’s scary”. All that was to show for his whole day at the vets was a little patch they shaved on his side. Bearing in mine his belly and back of his legs suffer from greyhound alopecia anyway, it was very difficult to spot. He then went on to whinge that he’d not been on his afternoon walk yet. Absolutely nothing out of the ordinary (apart from the wet man of course). 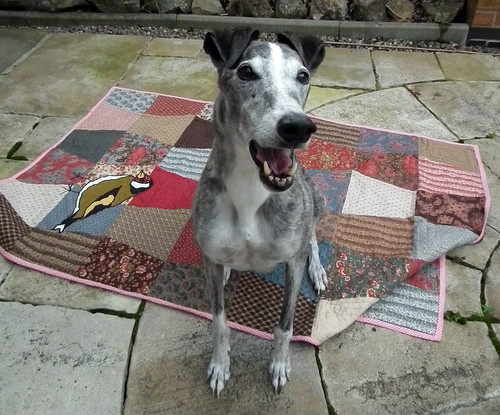 So for now we’re just seeing what happens. He’s currently licking himself slowly in bed because he knows I hate that, but I’m not telling him off. He was put on the sofa last night to see if he fancied a promotion (he did not) and we bought him his own kids pizza for tea. We’re just going to have to give him the best life possible until the time comes, I’m still really upset about the unexpectedness of it all, but also the fact that it’s uncertain too, but I know deep down it’s probably cancer. With Penny, all this was clear cut, she was ill when we got her, and had a stroke which was not earth shattering and it was all easy decisions. Fletcher is younger and healthier (well, you know what I mean) and not in pain.

I’ve no idea what we are going to do with him when we go to Canada in October, presuming he’s still with us. My grandma is talking about him in past tense, and it feels like I’m mourning my best friend but he’s still alive. Hopefully he will reach his 11th birthday on 14th October (you can find out a racing greyhound’s exact birth date from the tattoos in their ears on an online register- we found out he has 820 half brothers and sisters a week ago!). 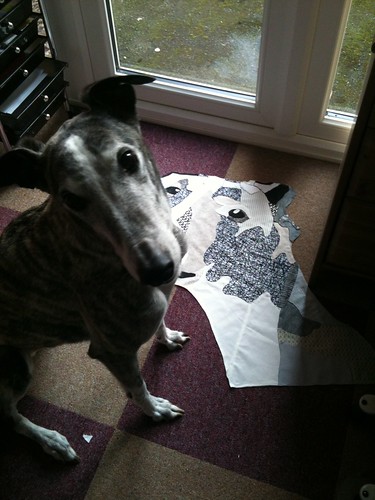 I’m going to check my lottery tickets, if I win I will pay for the op, and give him a big cuddle.