HomeUncategorizedWeekender Weekend
Reign Repeats - Create Perfect Repeat Patterns in Illustrator Where have I been? 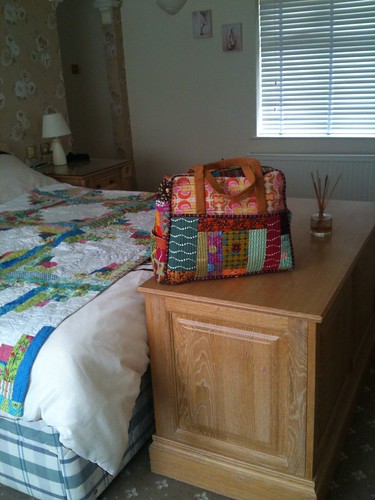 I went away for the weekend to visit OH’s family and I took my completed Weekender with me! I’ve been working hard towards finishing computer based projects so I haven’t had much time for sewing this last few days, so it was nice to actually achieve a finish with the little time I did have. 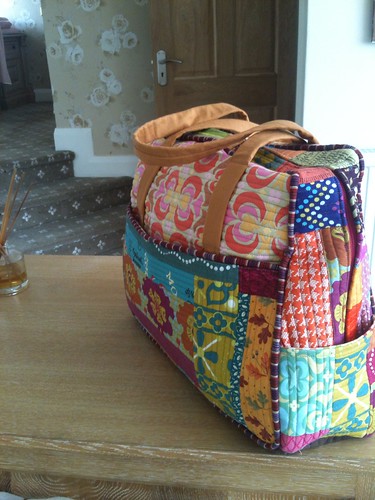 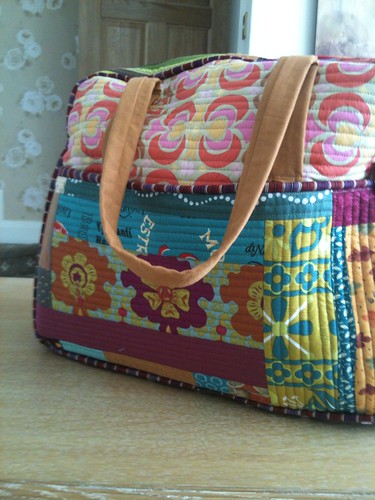 I added snaps on the pockets… 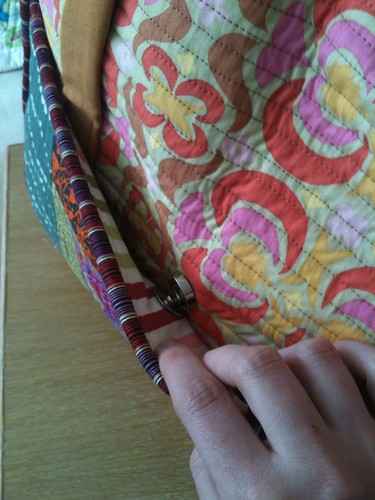 And an inside zip… 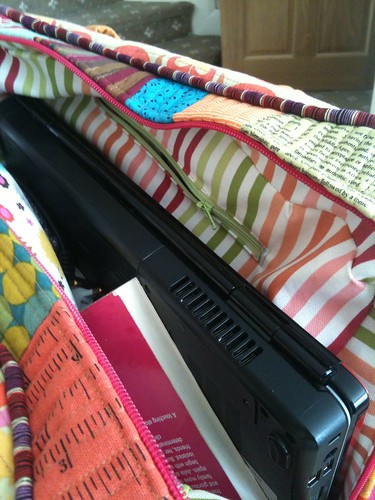 I chose to omit the false base and I made the straps using webbing inside for extra strength. I had a laptop and lots of other stuff in there so it was heavy but they’re holding up good so far! The worst bit about sewing this was attaching the panels together. It took about an hour and a half just to put the two sides with the top/bottom strip. The thickness of QAYG with the wadding and then trying to get the piping right is a nightmare, I had to hand sew the corners in the end and the piping is still baggy- in places you can see the stitches from when I attached it to the panels. And also the thickness meant that my zip foot kept popping off every now and again and I broke a couple of needles where the pockets double the amount of material under the foot. Not good.

Anyway I think I would make another, when I can face cutting out all those pieces and maybe making the wadding even smaller next time. Maybe my sister would like one for her birthday. 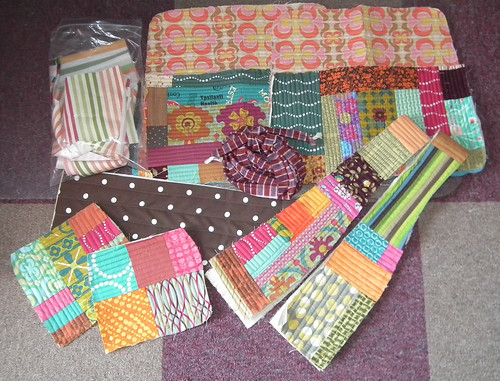 Turns out that last Thursday was my 5 year blogiversary so I will have to arrange some kind of giveaway, watch this space…

Fabric: mostly Lucky Penny sample pack and Amy Butler FQs but some other scraps mixed in too including Chicopee and Heaven and Helsinki.