HomeUncategorizedA pretty awesome weekend
And the winner is I'm shortlisted!

I can’t believe it’s already monday morning, weekends are really too short! We started it off with a very exciting hockey game on friday night (that ended with an overtime win).

Then on Saturday I made progress on two WIPs as well as finishing this quilt top… It’s nowhere near perfect but I enjoyed making it and it was a welcome break from some of the projects I’ve not enjoyed as much. 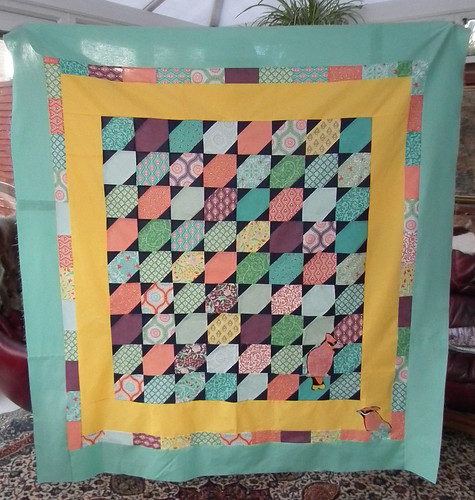 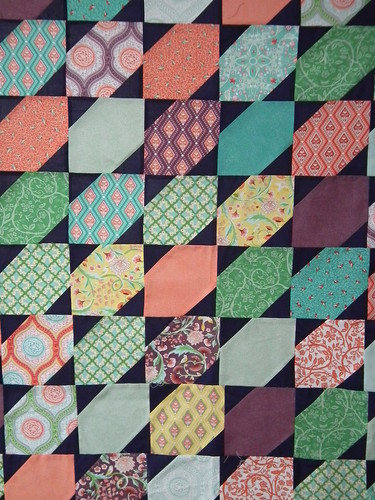 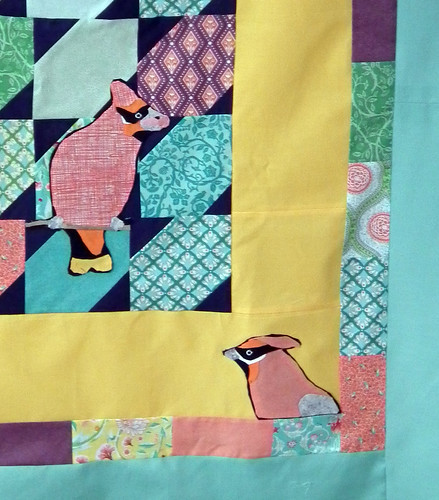 And we went to a bonfire party where the bonfire was lit by a burning witch on a zipwire, had terrifying mortar fireworks but also the most fantastic display, attended by the screenwriter of Call the Midwife and Gok Wan’s sister and OH was forced into shots which he then regretted the next morning. I had two toffee apples which were amazingly good and I was driving so I survived!

Sunday was another hockey game, this time it was away and a bit of an ordeal actually getting in with huge queues for collecting tickets and parking but it was an exciting game and we lost in overtime, which meant we still got a point which was all that was needed to go through to the next round. 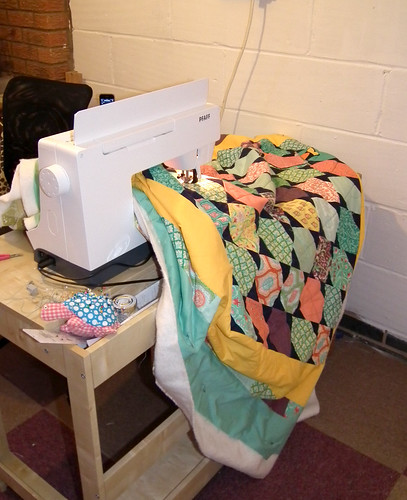 The furniture got rearranged so I could start quilting my top too. I used fleece interfacing as the wadding layer as it is £4.95 from the very local soft furnishings shop so I thought the price was pretty good and it’s great to quilt through! I’ve done a criss cross in teal thread through the centre blocks and then I’m going to do Angela Walters style Paisley in the yellow border and freestyle lines in the green, plus outlining the birds in black in a Poppy Treffry style. Lets see if I can finish it this week so I can share the stats and facts….

***
PS – Has anyone else seen the latest issue of Modern Quilting magazine? It’s really dire- dark, blurry photos, poor projects and I think the editor has jumped ship. I’m looking into costs for setting up my own magazine (and using Kickstarter to fund it), I really think a fresh patchwork title is needed as there’s a lot of new quilters coming through but the existing publications don’t speak to them. I think it needs to be a lot better executed though!