HomeUncategorizedI am REALLY enjoying cutting and sticking…
Sneaky Secret Jewellery Sale OK so a bit more on my quilt...

I am REALLY enjoying cutting and sticking…

I decided at the end of last week to enter this year’s Festival of Quilts in the Pictorial category. I’ve never entered a quilt competition before (you could say I’ve never made a quilt without flaws too) and I’ve also never made a pictorial quilt which makes this decision slightly crackers, but nevertheless it gave me an excuse to start on an art quilt that I’ve wanted to do for a few weeks (see this post for when the urge started!). It will be amazing to see my work on display with all the other fantastic pieces!

Here’s what I’ve done so far… I made an image map from the photo on the wall and then made freezer paper templates over the top before pressing, cutting and sticking… (starting on Fletcher first): 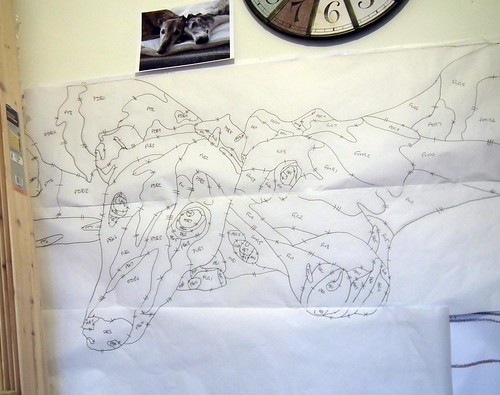 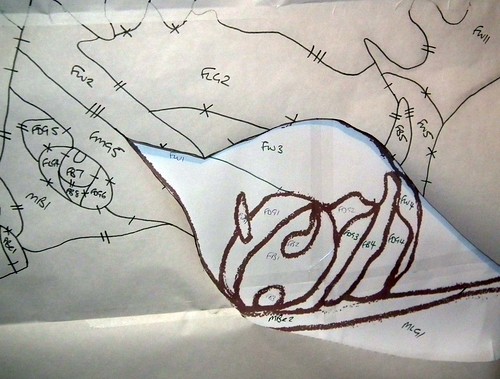 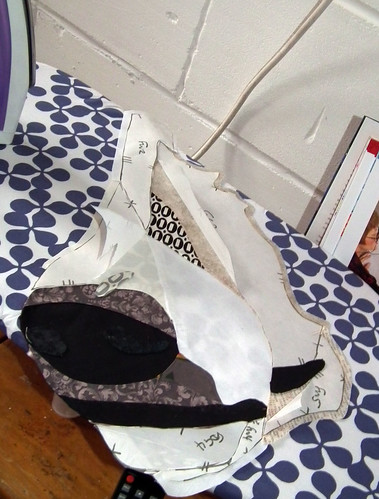 HOWEVER I am going to be a bit short on tonal brown fabrics for Penny – though I have lots of fabrics that a re largely brown, they have too many other colours in with them- and being a bit strapped for cash I’m going to have to not buy new. The fabrics I have used so far are already in my stash or scrap box. So, this is where the second round of Lucy’s Fugly Fabric Party comes in (OK so it technically doesn’t start for another 4 days but I like being early to the party, and it will still continue over that time, so there :P)

So I propose a brown fugly fabric amnesty!

Have you got some browns that I can have? I don’t need a lot- up to a fat quarter size of a couple of different styles in a few shades is all- in fact charm squares are probably going to be just fine for some parts. Ugly is fine as long as they’re brown, so break out your icky batiks, solids, fossil ferns, marbles, etc and send me them! In return I can offer you an equal amount of colourful and pretty fabric scraps, charm squares (including spare Pezzy Print) and FQs, or a couple of pounds if you prefer, just drop me an e-mail (kerry_l_wilkinson(AT!)hotmail.com) and we’ll go from there.

If you want to see how I’m progressing with the doggy quilt, I will be uploading pictures to Flickr (little box over there –> ) rather than updating here all the time and boring people who aren’t actually interested…

Thanks for your help!

P.S. Would making a pictorial quilt in this way be of interest to you as a sewalong later in the year?