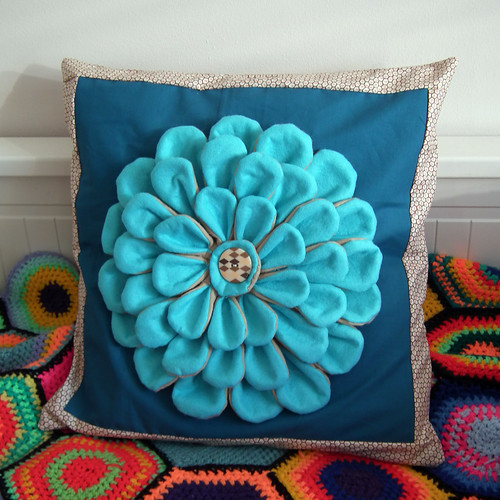 I made this cushion for my sister as a belated Christmas present. It was going to be 7 rows of felt petals but my sewing machine was struggling to get in over the layers and I was feeling lazy, so I stuck with 3 and a blob in the middle. It’s not the neatest thing ever but I was so fed up with it that it will do! 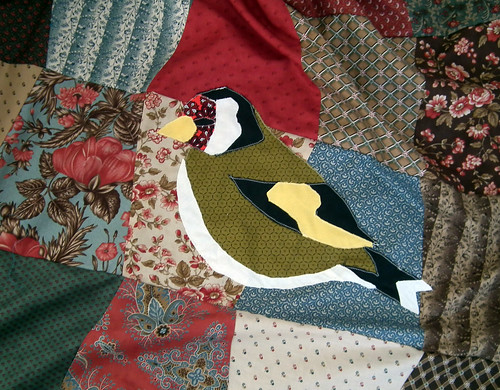 And this, well I’ve not told you about this yet. I’m making a tumbler quilt from layer cakes. I’ve only got 3 more rows to add to the top. It’s a bit boring and simple though, so I’ve decided to appliqué on a rather large Goldfinch. It’s not done yet, I need to satin stitch around the edges and add the feet and the beak detail before it’s done. I’m videoing this as a tutorial for the Craft Pimp blog and I will give you the link once it’s up!

I also managed to do a lot of cleaning and bake two lots of my brownies this weekend. The floor is down in my craft room too so I’m starting to move stuff in (anyone want to take two Billy bookcases with doors on off my hands?!), more pictures to come shortly…

One last thing. If you promote your business on Facebook, I wrote this article earlier in the week, it might be a useful read if you’re not au fait with all of the rules over there.